STAY UP TO DATE

A three day festival filled with Jesus, family, & friends. We will sit out in the autumnal air of South Georgia under a canopy of stars. Bring your tent, RV, or van to Stilson GA to enjoy self sustained camping for the weekend. No worries, there are hotels right down the road for all you glampers. If you can’t stay the weekend, you’re welcomed to drop in just for a day or even two. Our festival will be an open air renaissance of sorts. Together, we will raise our flags of surrender to capture the breath of heaven in sights, sounds, and fragrant walks with Jesus. 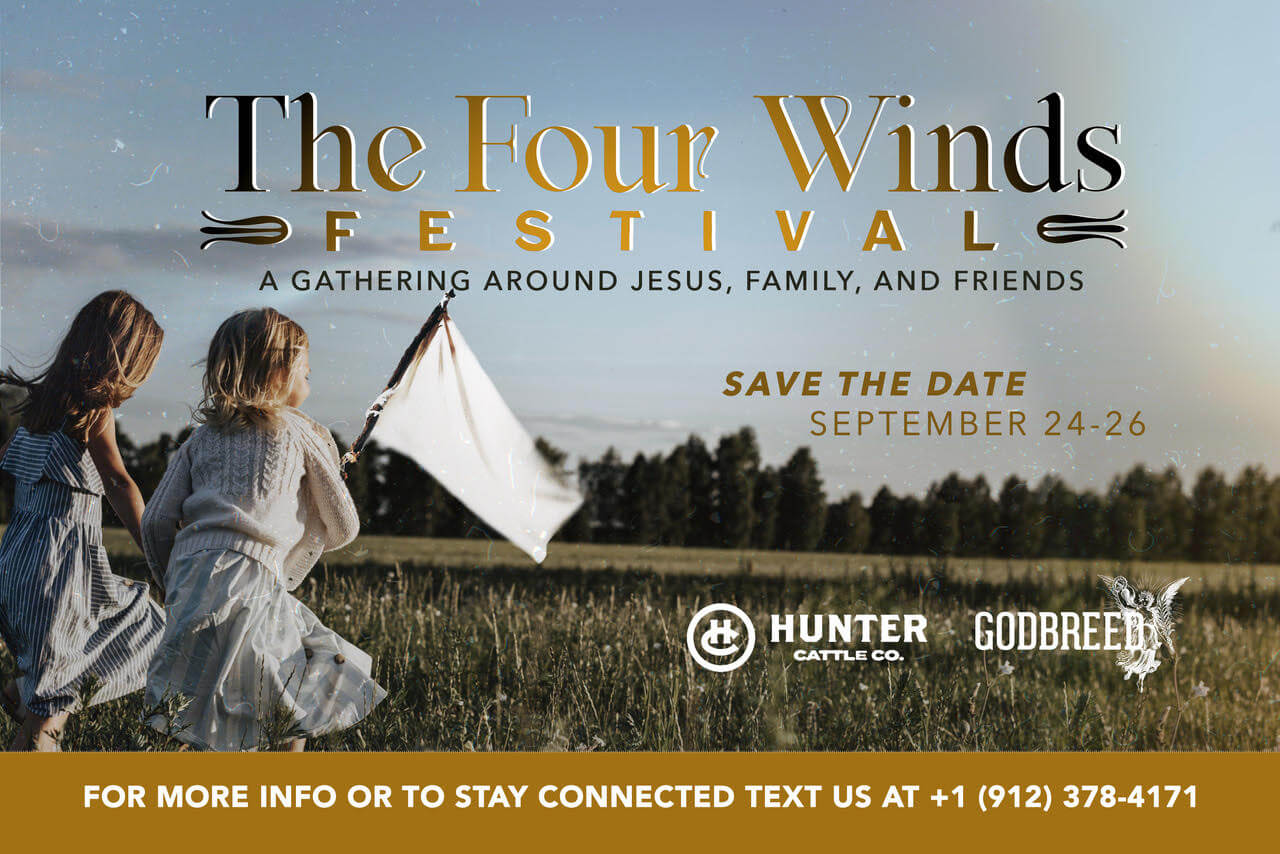 Ezekiel 37:9-10 NIV
9 Then he said to me, “Prophesy to the breath; prophesy, son of man, and say to it, ‘This is what the Sovereign Lord says: Come, breath, from the four winds and breathe into these slain, that they may live.’” 10 So I prophesied as he commanded me, and breath entered them; they came to life and stood up on their feet—a vast army.

The Godbreed is a company of people, a people knowing their identity as sons and daughters of God, worshipping warriors whose eyes are fixed on their Beloved, a people vehemently seeking His heart and establishing His Kingdom in the earth.

Radical lovers of Jesus, Jason Lee Jones, and his wife, Regina have been ministering both in Worship and the Word for over twenty years. Founders of Richest of Fare Global and traveling full-time internationally as Worship Leaders, Conference Speakers, and Missionaries.

We want to thank all who for years have been "…contributing to [our] support out of their private means." - Luke 8:3. Your continuing donations are fueling a ministry that is touching the nations!

With over 30 years of experience in the pastoral, mission and music ministry, we wholeheartedly believe we can enhance your ministry or event in a variety ways. With each invitation, we seek to understand the heart behind the invite…

“Why spend money on what is not bread, and your labor on what does not satisfy? Listen, listen to me, and eat what is good, and your soul will delight in the richest of fare." — Isaiah 55:1-2

​Jason & Regina Jones have invested their lives into a company of people, a people knowing their identity as sons and daughters of God, worshiping warriors whose eyes are fixed on their Beloved Jesus, a people vehemently seeking His heart and establishing His Kingdom in the earth.

​Our mandate is to pursue Jesus Christ, who is the Spirit of Prophecy, and to see people realize a lifestyle of consecration, worship, and radical devotion, then in return go into all the earth. Our gatherings around the world are to equip this Godbreed to release, as the Sons and Daughters of God, the sounds, colors, movements and vibrations that will be a part of a renaissance of the life and beauty of God as the kingdom of heaven collides with earth in a people being revealed as one with their Creator. The atmosphere in our gatherings around the world will be pregnant with encounter as we release for awakening, rebirth, and revival.